Prof. Oscar Castillo holds the Doctor in Science degree (Doctor Habilitatus) in Computer Science from the Polish Academy of Sciences (with the Dissertation “Soft Computing and Fractal Theory for Intelligent Manufacturing”). He is a Professor of Computer Science in the Graduate Division, Tijuana Institute of Technology, Tijuana, Mexico. In addition, he is serving as Research Director of Computer Science and head of the research group on Hybrid Fuzzy Intelligent Systems. Currently, he is President of HAFSA (Hispanic American Fuzzy Systems Association) and Past President of IFSA (International Fuzzy Systems Association). Prof. Castillo is also Chair of the Mexican Chapter of the Computational Intelligence Society (IEEE). He also belongs to the Technical Committee on Fuzzy Systems of IEEE and to the Task Force on “Extensions to Type-1 Fuzzy Systems”. He is also a member of NAFIPS, IFSA and IEEE. He belongs to the Mexican Research System (SNI Level 3). His research interests are in Type-2 Fuzzy Logic, Fuzzy Control, Neuro-Fuzzy and Genetic-Fuzzy hybrid approaches. He has published over 300 journal papers, 7 authored books, 30 edited books, 200 papers in conference proceedings, and more than 300 chapters in edited books, in total more 740 publications according to Scopus, and more than 840 according to Research Gate. He has been Guest Editor of several successful Special Issues in the past, like in the following journals: Applied Soft Computing, Intelligent Systems, Information Sciences, Non-Linear Studies, Fuzzy Sets and Systems, JAMRIS and Engineering Letters. He is currently Associate Editor of the Information Sciences Journal, Applied Soft Computing Journal, Granular Computing Journal and the IEEE Transactions on Fuzzy Systems. Finally, he has been elected IFSA Fellow and MICAI Fellow member last year. He has been recognized as Highly Cited Researcher in 2017 by Clarivate Analytics because of having multiple highly cited papers in Web of Science.

Abstract: The design of Type-2 fuzzy logic systems is a complex task and in general achieving an optimal configuration of structure and parameters is time consuming and rarely found in practice. For this reason the use of nature-inspired meta-heuristics offer a good hybrid solution to find near optimal designs of type-2 fuzzy logic systems in real world applications. In particular, type-2 fuzzy control offers a real challenge because the problems in this area require very efficient and accurate solutions; in particular this is the case for robotic applications. In this talk we present a general scheme for optimizing type-2 fuzzy controllers with nature-inspired optimization techniques, like ant colony optimization, the chemical reaction algorithm, bee colony optimization and others.

Title: Decisions in human centric systems: a crucial role of bipolarity in judgments and intentions

Abstract: We are concerned general problems of decision making in human centric systems, i.e. those in which a human being, an individual or a group of individuals, is a crucial element in the sense that the human judgments, affects, intentions, preferences, cognitive biases, etc. should be taken into account. This is clearly in line with some crucial modern challenges for science, notably IT/ICT, which – at a general level – boil down to making computers to be “cognitive partners” for the humans, and – on a more operational level – to find tools and techniques to develop and implement the human/society-in-the-loop paradigm which is considered promising.

Since decision making is the key problem as it is omnipresent in virtually all human activities, even if mimicked by/in inanimate systems, we show our analyses in this context. We start with a bried account of difficulties in traditional, formal approaches to decision making based on a strict rationality. We indicate inherent difficulties relate to a crucial role related to inherent characteristics of all human centric problems, i.e. a need to take into account affects, judgments, attitudes, evaluations and intentions of the human being, which are usually imprecise (fuzzy), changeable, subjective, and – which is the main concern here – involve pro and con arguments, i.e. are bipolar. The concept of bipolarity in this context is explained and some logical, optimization, etc. approaches to its formalization and handling are elaborated. A special emphasis is given to models should involve multiple agents (decision makers) who should act collectively, for instance, cooperate or collaborate, but may exhibit different general attitudes, notably ranging from greed to fairness. We show some possible solutions, in particular using non-orthodox multicriteria decision making. We also mention some relations to Wang’s cognitive informatics.

Prof. Gabriella Pasi is Full Professor at the Department of Informatics, Systems and Communication (DISCo) of the University of Milano Bicocca, Milano, Italy. Within DISCo she leads the Information Retrieval Lab. Her main research activities are related to Information Retrieval and Information Filtering. In recent years she has addressed the issues of contextual search and user modelling. She is also conducting research activities related to the analysis of user generated content on social media. She has published more than 200 papers on International Journals and Books, and on the Proceedings of International Conferences. She is involved in several activities for the evaluation of research; in particular, she was appointed as an expert of the Computer Science panel for the Starting Grants (till 2011), and Consolidator Grants (2012) of the Programme Ideas at the European Research Council. She is a member of the Editorial Board of several international journals, and she has delivered several keynote talks/plenary lectures at international conferences related to her research interests. She has participated to the organization of several International events, in both roles of organization and program chair.

Title: Aggregation guided by fuzzy quantifiers in IR and in Social Media Analytics

Abstract: Various processes related to the task of Information Retrieval (IR) can be interpreted as Multi Criteria Decision Making activities. The same applies to some tasks related to the analysis of user generated content in Social Media (like for example the assessement of credibility of online reviews). What is particularly interesting by this interpretation is that depending on the selected aggregation strategy different behaviors can be modelled for the considered process, which can be intuitively captured by guiding the aggregation by fuzzy quantifiers. In this lecture the impact of quantifier guided aggregation (and of aggregation in general) will be shown in both contexts of IR and of the assessment of credibility of user generated content. It will be also shown that  quantifier guided aggregation offers an interesting alternative to the application of machine learning techniques (in particular classifiers). 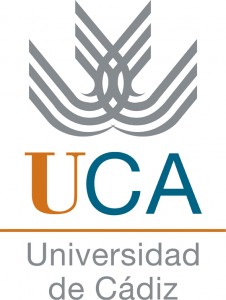 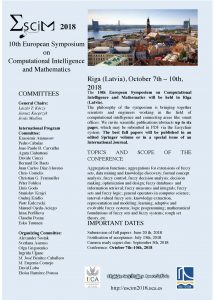